I have been friends with JJ for a few months now, and I absolutely love her blog! I can’t thank you enough, JJ, for having me as a guest!

I am a huge sapphic/queer book lover, and I am a big book enthusiast. While I haven’t read as many witchy/magical books as I want to, the lovely JJ and I were talking about this genre of books, and I thought that I would share my top 5 queer witch books with you! 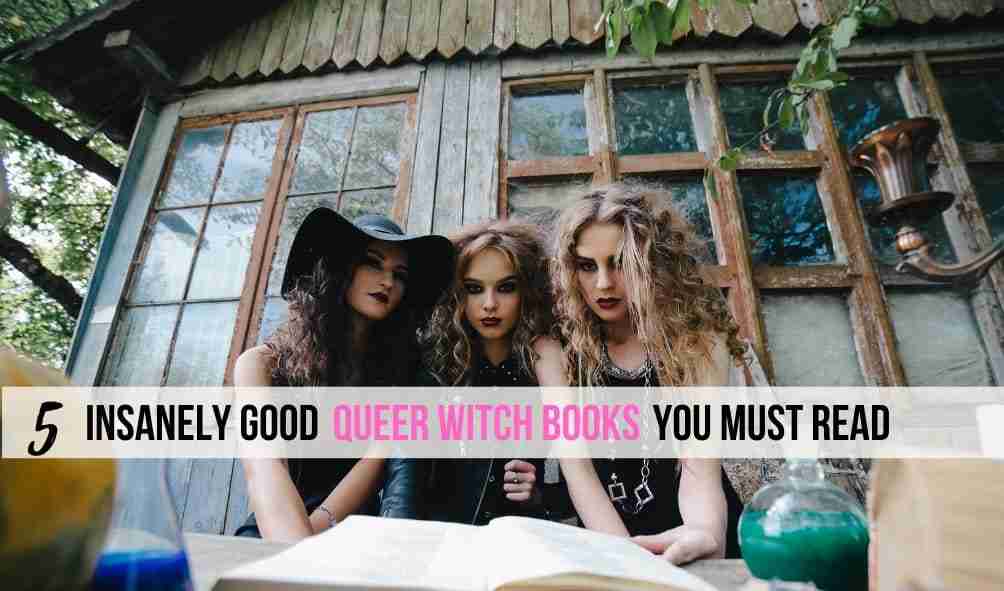 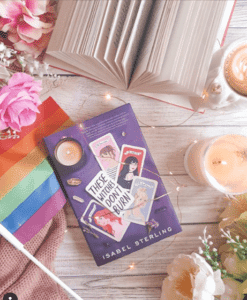 Hannah’s a witch, but not the kind you’re thinking of. She’s the real deal, an Elemental with the power to control fire, earth, water, and air. But even though she lives in Salem, Massachusetts, her magic is a secret she has to keep to herself. If she’s ever caught using it in front of a Reg (read: non-witch), she could lose it. For good. So, Hannah spends most of her time avoiding her ex-girlfriend (and fellow Elemental Witch) Veronica, hanging out with her best friend, and working at the Fly by Night Cauldron selling candles and crystals to tourists, goths, and local Wiccans.

But dealing with her ex is the least of Hannah’s concerns when a terrifying blood ritual interrupts the end-of-school-year bonfire. Evidence of dark magic begins to appear all over Salem, and Hannah’s sure it’s the work of a deadly Blood Witch. The issue is, her coven is less than convinced, forcing Hannah to team up with the last person she wants to see: Veronica.

While the pair attempt to smoke out the Blood Witch at a house party, Hannah meets Morgan, a cute new ballerina in town. But trying to date amid a supernatural crisis is easier said than done, and Hannah will have to test the limits of her power if she’s going to save her coven and get the girl, especially when the attacks on Salem’s witches become deadlier by the day.

This duology (and a novella called This Spell Can’t Last) concluded earlier this year. These Witches Don’t Burn is literally my favourite book of all time. It has mystery, intrigue, a magic system that is so awesome to think about, an out and proud lesbian main character, sapphic romance and is so fast-paced that I flew through the book – twice.

I highly recommend this series, and I will never shut up about it for the rest of time.

3 – Summer of Salt by Katrina Leno

A magic passed down through generations . . .

Georgina Fernweh waits with growing impatience for the tingle of magic in her fingers—magic that has been passed down through every woman in her family. Her twin sister, Mary, already shows an ability to defy gravity. But with their eighteenth birthday looming at the end of this summer, Georgina fears her gift will never come.

An island where strange things happen . . .

No one on the island of By-the-Sea would ever call the Fernwehs what they really are, but if you need the odd bit of help—say, a sleeping aid concocted by moonlight—they are the ones to ask.

No one questions the weather, as moody and erratic as a summer storm.

No one questions the (allegedly) three-hundred-year-old bird who comes to roost on the island every year.

A summer that will become legend . . .When tragedy strikes, what made the Fernweh women special suddenly casts them in suspicion. Over the course of her last summer on the island—a summer of storms, of love, of salt—Georgina will learn the truth about magic, in all its many forms.

This book, while short, packs a punch. Georgia and her twin Mary come from a long line of magical women. Except Georgia seems to be lacking any powers, and she’s stressed about it. This book has so much heart, so much feeling, and made me sob.

Georgia has such a sweet romance with a girl that comes to visit the island she lives on, and while I could have another 200 pages easily to fill my heart with this incredible book, it was beautiful the way it was.

4 – The Scapegracers by Hannah Abigail Clarke

Skulking near the bottom of West High’s social pyramid, Sideways Pike lurks under the bleachers doing magic tricks for Coke bottles. As a witch, lesbian, and lifelong outsider, she’s had a hard time making friends. But when the three most popular girls pay her $40 to cast a spell at their Halloween party, Sideways gets swept into a new clique. The unholy trinity are dangerous angels, sugar-coated rattlesnakes, and now–unbelievably–Sideways’ best friends.

Together, the four bond to form a ferocious and powerful coven. They plan parties, cast curses on dudebros, try to find Sideways a girlfriend, and elude the fundamentalist witch hunters hellbent on stealing their magic. But for Sideways, the hardest part is the whole ‘having friends’ thing. Who knew that balancing human interaction with supernatural peril could be so complicated?

Rich with the urgency of feral youth, The Scapegracers explores growing up and complex female friendship with all the rage of a teenage girl. It subverts the trope of competitive mean girls and instead portrays a mercilessly supportive clique of diverse and vivid characters. It is an atmospheric, voice-driven novel of the occult, and the first of a three-book series.

This book is messy, weird, wild, incredible, full of magic, strangeness and friends who come together in the most unlikely way.

Sideways Pike is a new favourite disaster lesbian of mine, and the way her friendship forms with the other girls was so amazing.

The magic in this is a bit twisted and phenomenal and I am so hecking keen for the next book/s in this wonderful world!

5 – The Raven Cycle by Maggie Stiefvater 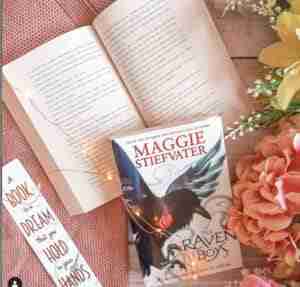 It is freezing in the churchyard, even before the dead arrive.

Every year, Blue Sargent stands next to her clairvoyant mother as the soon-to-be dead walk past. Blue herself never sees them—not until this year, when a boy emerges from the dark and speaks directly to her.

His name is Gansey, and Blue soon discovers that he is a rich student at Aglionby, the local private school. Blue has a policy of staying away from Aglionby boys. Known as Raven Boys, they can only mean trouble.

But Blue is drawn to Gansey, in a way she can’t entirely explain. He has it all—family money, good looks, devoted friends—but he’s looking for much more than that. He is on a quest that has encompassed three other Raven Boys: Adam, the scholarship student who resents all the privilege around him; Ronan, the fierce soul who ranges from anger to despair; and Noah, the taciturn watcher of the four, who notices many things but says very little.

For as long as she can remember, Blue has been warned that she will cause her true love to die. She never thought this would be a problem. But now, as her life becomes caught up in the strange and sinister world of the Raven Boys, she’s not so sure anymore.

A lot of people are put off by the synopsis of this book, but don’t let it fool you – this world is completely magical and it is one of my all-time favourite series.

All of the main characters are peculiar in ways that aren’t normally portrayed – and I can’t say more for spoilers, but this quartet is so much more than a search for a forgotten king.

I have two words: magical forest.

This series is one of my all-time favourites, and it has a m/m romance, too.

Thank you so much to Star for writing this guest post about queer witch books. She is incredible and has an excellent blog & instagram. Please make sure you follow her!

The best LGBTQ+ YA Books

The Best LGBTQ+ books like Red, White and Royal Blue You Need to Read »