I don’t want to read about real world problems. And nothing offers better escapism than fantasy. But it can be really difficult to find fantasy books with trans and non-binary characters. So, I’ve compiled a list of fantasy book recommendations with characters who are gender non-conforming.

This post contains affiliate links. That said, I won’t ever recommend a book I haven’t read and loved myself. 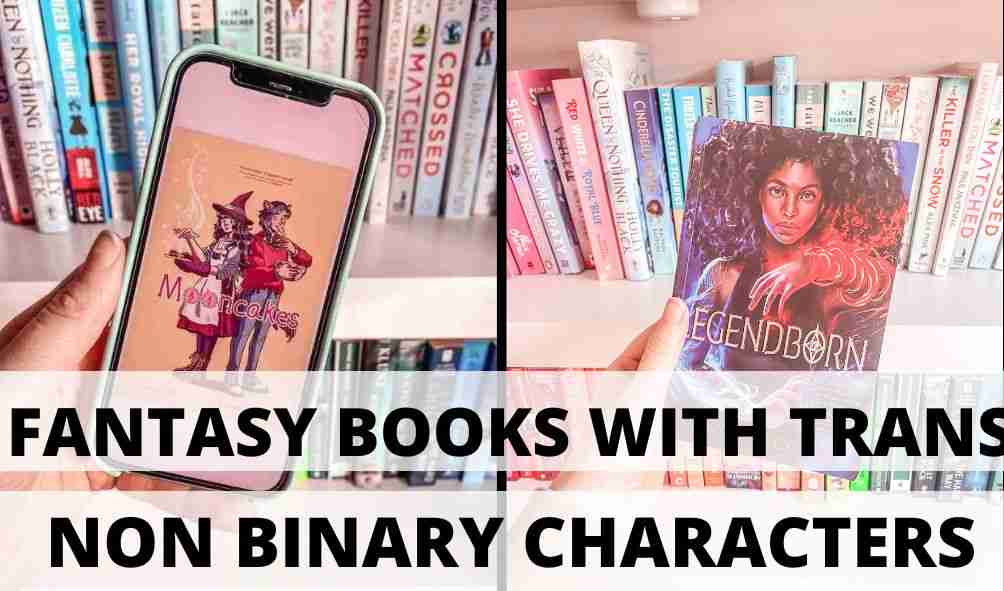 The Fantasy genre is full of fantastical worldbuilding, action-packed plots and mythical creatures. And sometimes it’s good to read a book with gender non-conforming characters. And not due to external factors. But because it’s innate to them.

If you’re l also looking for fantasy books with trans and non-binary characters then you’re in luck! As a huge fan of the fantasy genre, I’m going to share some of the best fantasy recommendations.

table of contents
1
What are the best fantasy books with trans & non-binary characters?
1. Mooncakes by Wendy Xu and Suzanne Walker
2. Spellhacker by M.K. England
2
3. Cemetery Boys by Aiden Thomas
4. Peter Darling by Austin Chant
5. Not Your Sidekick by C.B. Lee
6. Legendborn by Tracy Deonn
7. On a Sunbeam by Tillie Walden
8. The Grimrose Girls by Laura Pohl
9. Dreadnought by April Daniels

What are the best fantasy books with trans & non-binary characters? This is such a cosy read! If you're looking for cozy fantasy books then this is a great choice. It's a LGBTQ+ YA graphic novel with a lighthearted romance between a witch and a non-binary werewolf.

It follows teen witch Nova. She works at her Nana's magical bookshop. And she helps them loan out spell books. But she also investigates supernatural occurrences in her local town.

One day, she is tasked to investigate reports of a white wolf in a nearby forest. She then discovers her childhood best friend,  Tam, fighting a demon werewolf.  Together they investigate the demon and rekindle their feelings towards each other.

This is such a comfort read. The artwork is insanely beautiful. I really loved the illustrations of the magic and magical creatures living in the forest. The romance is also really adorable.

The story isn't fast-paced and action packed. We also don't find out much about the characters background. But it's such a quick, cute and light-hearted read that I don't think it matters.

The graphic novel format is perfect for anyone trying to get back into reading. Or if you're recovering from a reading slump. I have a ton of recommendations for LGBTQ+ graphic novels - you can check them out here. 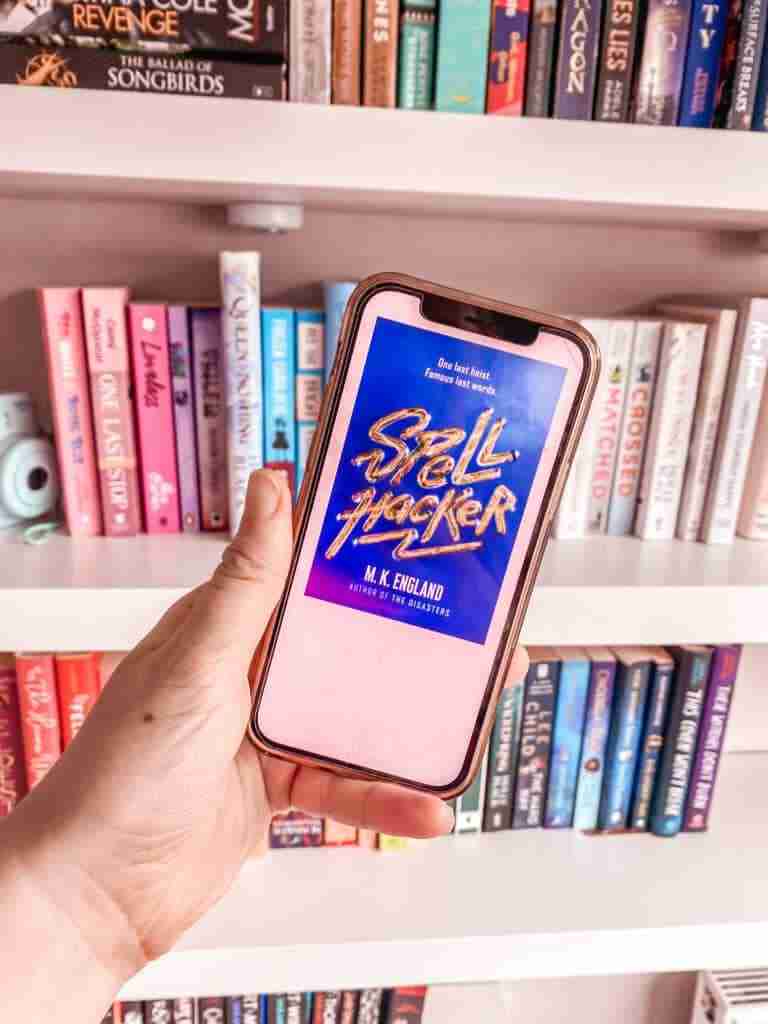 If you looking for a book about magic or a dystopian book then you should read Spellhacker. It has so many great elements – a diverse cast of characters, a high stakes heist, criminal mastermind main character and plenty of banter.

In this world magic is a commodity and we follow a group of friends who run an illegal business siphoning it. It also features a non-binary representation and chronic illness representation.

It’s set in a world where magic ( known as maz) was once freely available. But an earthquake unleashed a deadly plague. And now maz is a tightly controlled and expensive commodity.

We follow Diz who runs an illegal maz siphoning business with her three best friends. They get offered one last massive heist that could change everything.

This book opened with such a bang. And the opening had me  hooked instantly. It was fairly fast-paced throughout. It's a quick read that you could binge read pretty quickly. 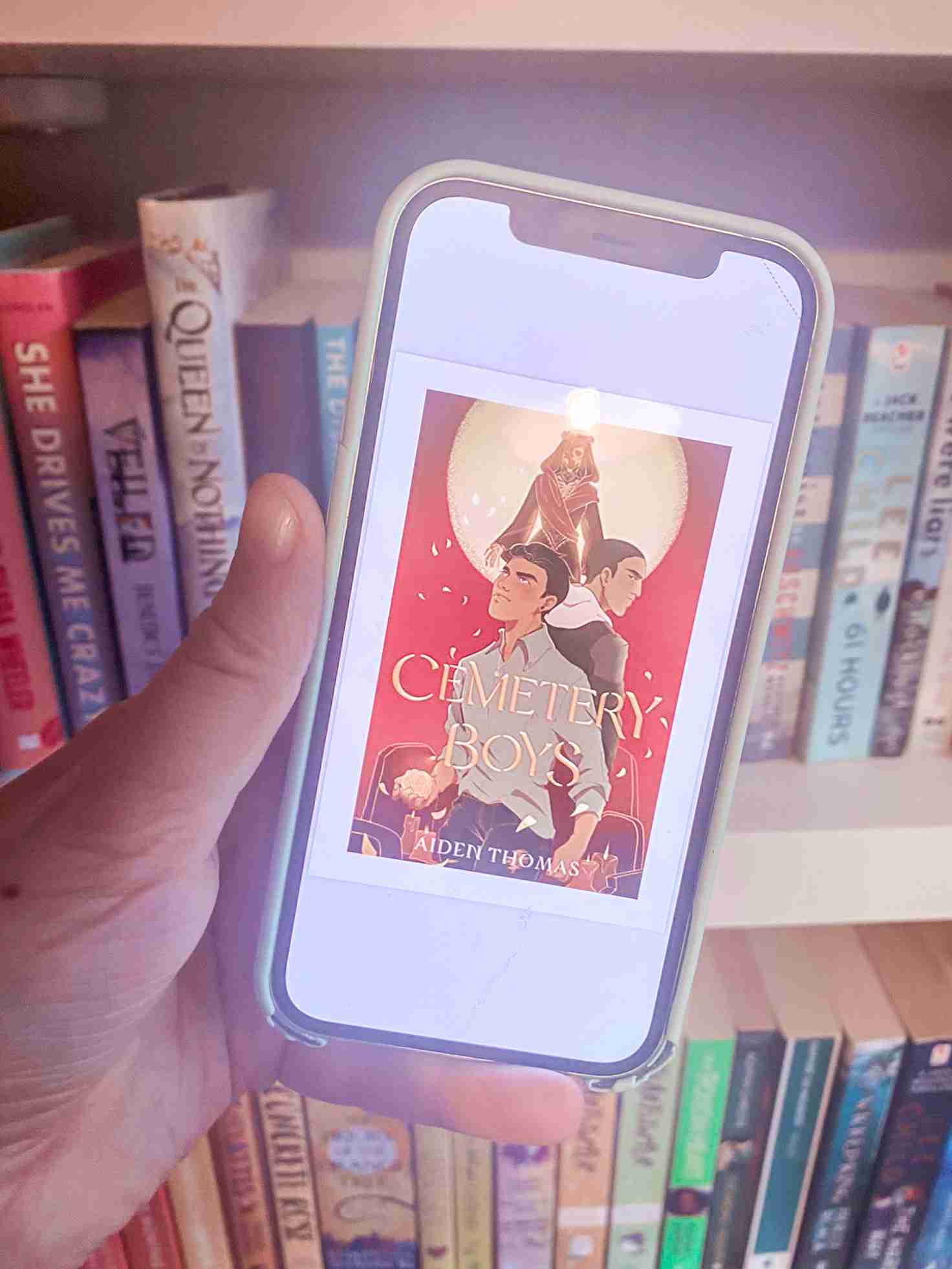 Cemetery Boys is a great pick if you're looking for an urban fantasy or a book with fall vibes.  It features a cute romance and a transgender main character.

But he actually summons Julian Diaz. The school’s resident bad boy. And he won’t go quietly. But the longer Julian stays, the less Yadriel wants him to leave.

This book is a really unique – it’s a great mix of mystery and magic. The mystery initially sells the book. But the characters are what really sells this book.

Peter Darling is the most perfect Peter Pan retelling. It's an fantasy book where Peter is a queer  and transgender. He returns to Neverland as an adult and falls in love with Captain Hook.

The Lost Boys say Peter went back to England because of Wendy Darling. But Wendy is an old life he left behind.

Neverland is his real home.

Peter returns to Neverland ten years later. And he's surprised to find a Neverland that no longer needs him. The only person who truly missed Peter is Captain Hook, who is delighted to have his old rival back

You can't beat a good enemies to lovers romance and this is absolutely perfect. There's angst, pining and a slow burn.

Peter Pan's backstory in the book is really interesting and intelligent. It makes an excellent addition to the book and gives Pan depth. And it makes this Peter Pan retelling  a thought provoking story about identity. Not Your Sidekick is a queer middle grade novel about superheroes. It features a bisexual Chinese-Vietnamese protagonist, a trans character and a wlw enemies to lovers romance. And  it’s written by an own voices author.

It follows Jessica Tran, a bisexual high school student who is resigned to a life without superpowers and decides to start an internship to improve her college applications. However, she quickly discovers it’s for a supervillain with her crush Abby.

Not Your Sidekick is a light, fluffy and fun read. It takes superhero tropes and gives a really refreshing take on a superhero story. If you enjoy urban fantasy books or ya contemporary then you should definitely read this one. The superhero storyline is woven seamlessly into modern everyday life.

It also manages to tackle a lot of issues while still staying fun. Perfect if you're looking for fantasy books with trans & non-binary characters.

It also features an excellent bisexual main character. If you're interested in books with bisexual representation then I have a whole blog post full of recommendations. You can check out my post on bisexual books here. I couldn't pass up an opportunity to recommend Legendborn. While Legendborn doesn't have a main character who is trans or non-binary - it does have a fantasy non-binary side character. It also has a diverse cast with several queer characters.

Legendborn is a fast paced ya fantasy book with an action packed plot and plenty of twists and turns. It follows Bree Mathews. After the death of her mother, she wants to avoid family memories. So, she joins a residential program for gifted high school students.

But then she witnesses a magical attack on her first night. A flying demon feeding on human energy. A Mage tries to wipe her memory. But he fails. And instead Bree unlocks new memories of her mother’s death.

If you're looking for a mysterious, dark haired and morally grey main character then this is a great choice. It also has a diverse cast, an amazing female lead and dark academia vibes. It also features great commentary on slavery and racism.

7. On a Sunbeam by Tillie Walden It follows Mia. She joins a team in the deepest reaches of space who rebuild broken-down structures. As a new member, she gets to know her team. It also flashes back to her pivotal year in boarding school, where she fell in love with a mysterious new student.

This has such a creative concept and world. The graphic novel format worked so perfectly and really helped to bring it to life.  The storyline is non-linear. Flashbacks of Mia's experience at boarding school are woven into the plot. Non-linear storylines are quite hit and miss for me. But it worked perfectly . And it merged together really well at the end.

If you're looking for a more emotional storyline then this graphic novel is 100% worth picking up. The story is deeply emotional. And will have you in tears by the end.

8. The Grimrose Girls by Laura Pohl This is another seriously underrated  book! You definitely need to read this. It features a diverse cast, plenty of fairy tale references and dark academia world-building.

The Grimrose Girls is a modern take on classic fairytales such as The Little Mermaid, Cinderella and Sleeping Beauty.

The heroines of the stories are re-imagined as friends attending an elite boarding school. After their friend dies, the police rule the death as suicide. But they decide to investigate to find out what really happened.

Grimrose Girls is a unique concept and fantasy retelling. The mystery was really gripping and well-paced. And the story keeps mentioning tantalizing details that keep you engaged.

The story also uses the darker versions of the fairy tales. And this added to the dark academia, mysterious tone of the book. Some reviews do mention the lack of world-building, but I personally preferred this because it kept the plot fast-paced.

Dreadnought is a YA Superhero book featuring a transgender main character.  It follows a closeted trans-girl who gets superpowers and an instant transition. She then has to deal with being outed.

It follows Danny. Until Dreadnought fell out of the sky, Danny was trying to stop people from finding out she's transgender. But then Dreadnought passes his mantle to her and the superpowers transform Danny's body into what she's always thought it should be.

Now she can't hide that she's a girl.

But what should be the happiest time of her life, becomes more complicated. Between a murderous cyborg, a best friend acting like he's entitled to her and superheroes arguing over her place in their ranks. Danny feels like she's in over her head.

This is such a heartwarming read. The description can sound a bit overwhelming. But the author gets the balance between an action-packed superhero story and difficult coming of ages themes  just right.

The plot was fast-paced and the worldbuilding was excellent.  It hooks you in super quickly and you can easily binge-read this book. If you're looking for fantasy books with transgender characters then I wholeheartedly recommend this.