It’s all just a bunch of hocus pocus!  While to some witches are figures to fear. I’ve always seen them as strong, empowered women. Witches fascinate many. And they can take on so many different forms. So whether you’re looking for teen witches, healers or fairytale witches – this post should have a book for you. Grab your broomstick and spellbook – here are 18 books with witches (plus get my free reading journal).

In the name of full transparency, please note that this post contains affiliate links and any purchase made through such links will award me a small commission at no extra cost to you. If you choose to purchase anything through my links, thank you for supporting my blog.

For fans of historical fiction and The Handmaid’s Tale

The Mercies is about 17th Century Norweigen Sapphics. It’s set in a small Norwegian Coastal village in the 1600s. A storm kills off all the islands men.

Two women struggle to survive against both the natural forces. And the men who have been sent to rid the community of alleged witchcraft.

The world-building in this book is incredible. And it makes it such a treat to read. You can see all the research that has gone into this book as the details are incredible.

It was quite dark and a very emotional read. If you’re looking for a more historically accurate take on witches then this is the book for you.

If you’re looking for gothic books with witches

The Familiars follows Fleetwood Shuttleworth – a noblewoman. She is pregnant again but none of her previous pregnancies have been successful.

Her husband is anxious for an heir. Fleetwood discovers a hidden letter that carries a dire prediction. She will not survive another birth.

By chance, she meets a midwife named Alice Grey. Alice promises to deliver a healthy baby. But she stands accused of witchcraft.

This book is surprisingly dark and gothic. And the storyline is incredibly, beautifully crafted.

If you’re looking for a mystery in a historical setting

This book has seriously everything I look for in a Fall read.

Two centuries after the Salem witch trials, there’s still one witch left in Massachusetts. But she doesn’t know it.

The Montrose family move to Willow Hall after a scandal. They have three daughters – Catherine, Lydia and Emeline. The estate seems idyllic. But a subtle menace creeps into the atmosphere. And a dark history calls to Lydia and Emmeline.

A mystery, a sleepy estate and Salem. This book has so many different elements that I love. Plus the plot reminds me of many classic books such as Jane Eyre or Rebecca.

Chocolat is very different in tone to the other witch books in this category. But witchcraft is a theme throughout and I couldn’t resist.

Chocolat follows Vianne and her daughter. They open a chocolate shop in a  quaint village in the South of France.

The chocolate shop completes shakes up the rigid morality of the straitlaced village.

The book is a cute, lighthearted and heartwarming read. The cute little village gave me cottagecore vibes.

The descriptions of the food were also divine. And make you crave sweet treats while you read it.

If you’re looking for lighthearted books – this is a great choice.

It follows Macbeth who is a respected general. He encounters three witches. And they foretell that he will become King of Scotland. He is encouraged by Lady Macbeth

But seeing the prophecy through to the bloody end leads them both spiralling into paranoia, tyranny, madness, and murder.

Macbeth has such a dark gothic tone. The imagery in this play from the witches to the black and red colour tones is spectacular.

You can often find this for free online or on Kindle

YA Books with Witches

If you love Hocus Pocus – Sapphic Witches in Salem

It’s a YA Fantasy book about witches featuring a f/f romance. Plus it’s set in Salem.

These Witches Don’t Burn follows Hannah. She is a witch living in Salem.

A dark blood ritual interrupts her end of school bonfire. And so, she investigates with her ex-girlfriend Veronica.

She also meets Morgan. But trying to date in the middle of a supernatural crisis is not easy. And it will test Hannah’s limits.

This is one of my favourite duologies! The magical, fantastical elements are developed really well. And the pacing of the plot will keep you hooked.

If you’re looking for a retelling

Ok, so this one is a bit of a stretch. But it includes a witch who lives in a cabin in the woods. The imagery is so beautiful that I had to include it.

A Cinderella retelling with an lgbtq+ twist. Cinderella is dead is a retelling of the classic story. But it features BIPOC characters and a f/f romance.

The premise is that teen girls are now required to appear at an annual ball. There, men select wives.

But Sophia wants to marry her childhood best friend Erin. And she isn’t a fan of the whole parade in front of suitors thing. She decides to flee and take down the king once and for all.

A book about queer Black girls overthrowing the patriarchy. Sign me up. The romance is adorable, the pacing is good and the main character is very likeable.

If you’re looking for an LGBTQ+ historical fiction about witches

Plain Bad Heroines begins in 1902 at The Brookhants School for Girls.

Two students start a private club and call it The Plain Bad Heroine Society. They meet in secret in a nearby apple orchard, the setting of their wildest happiness. But also of their macabre deaths.

Over a century later, a writer publishes a breakout book. It celebrates the queer history of the institution. And it becomes the subject of a movie.

But it’s hard to tell where the curse ends and Hollywood begins.

For fans of Practical Magic

Wicked Deep is set in Sparrow. Two centuries ago three sisters were sentenced to death for Witchcraft. They were drowned in the waters surrounding the town.

Each summer the sisters return. They steal the bodies of three girls and lure boys into the harbour.

Penny has always accepted the fate of the town. But then a boy called Bo Carter arrives. And Penny has to decide whether to save Bo or herself.

If you’re looking for a story about a teenage witch

Hex Hall follows Sophie Mercer. Three Years ago she discovered that she was a witch. It’s gotten her into a few scrapes

But when Sophie attracts too much attention, her dad decides on her punishment. Exile to Hex Hall – a reform school for wayward Prodigium.

The plot of this book reminds me of Wild Child meets Sabrina the Teenage Witch.

Throne of Glass – Heir of Fire

Ok so this one is also a bit of a stretch. It doesn’t contain a main character who is a witch. But Heir of Fire includes Manon who is an incredible, badass Witch.

Throne of Glass is a fantasy book series. It follows Celaena. She is an assassin who has been imprisoned. She is summoned to take part in a contest to become the King’s assassin.

If you read Heir of Fire, you get a main storyline including Crochen Witches. The imagery around them is beautiful and Manon is one of the best witch characters.

Toil and Trouble: 15 tales of women and witchcraft

If you’re looking for something easy to read

I think anthologies are severely underrated. Short stories are easy and satisfying to read. I also appreciate the diversity contained within them.

Toil and trouble is a young adult anthology on witchcraft.

History tells us women accused of witchcraft. They were often outsiders and unwilling to fall in line with societal expectations. This is an anthology of diverse witchy tales from a collection of diverse, feminist authors.

The Lion, The Witch and The Wardrobe

The Lion, The Witch and The wardrobe has one of the most magical concepts behind it. It’s an endearing children’s classic with one of the best witch characters.

The book follows four children who are evacuated to a country house. They find a magical kingdom called Narnia at the back of a wardrobe.

But Narnia has been enchanted by a White Witch. And it is frozen in an eternal winter.

This is a childhood classic. The concept behind the book is magical. And it has one of the best fantasy worlds.

The girl who drank the moon

This has a really magical story concept. And the world-building is super whimsical.

Every year the people of the Protectorate leave a baby as an offering to the witch who lives in the forest. They hope to keep her from terrorizing the town.

But the witch Xan is kind. She rescues the abandoned children. And delivers them to welcoming families on the other side of the forest.

I listened to the audiobook which was incredible. The narrator did a really good job with the voices of the characters and really bought Fyrian, Glerk and Xan to life.

If you’re looking for a book about trainee witches

The Worst Witch follows Mildred Hubble. She is a trainee witch at Miss Cackle’s Academy. But she’s making an awful mess of it.

She’s always getting her spells wrong. And can’t ride a broomstick. Will she ever make a real witch?

The Witches by Roald Dahl

If you’re looking for a spooky children’s story

Roald Dahl has the most wonderful, magical and whimsical writing style that I always love. This story is spooky enough for both adults and children to enjoy.

It’s about cunning witches who disguise themselves as nice, ordinary ladies. So how can you tell when you’re face to face with one?

You can never quite tell if you’re face-to-face with one. And the witches loathes children. So they will use all their powers to get rid of them.

Those were my books with witches to read…

“For all you know, a witch may be living next door to you right now.”

I hope this list gave you some good Books with witches to add to your reading list! And also help you get into the Halloween spirit.

If you have any questions please ask in the comments! I would also love to hear your suggestions. Happy Halloween!

This post was all about the best books with witches 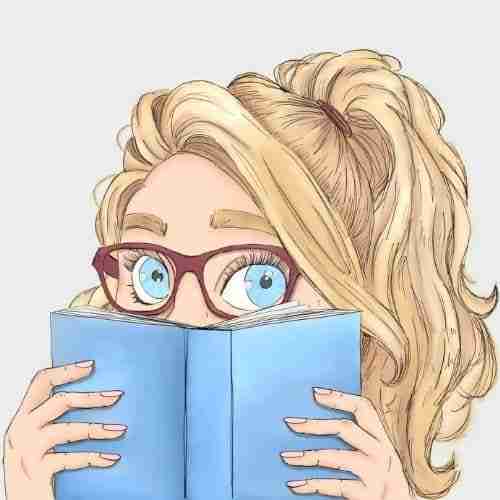